When I inherited an old black wall-mounted phone, I simply had to get it working and hung on my own wall.  Unfortunately our cable-based VoIP phone line doesn't support pulse dialing so I would need to add DTMF support.

Fortunately, I'm not the only one with an odd sense of decor:

I did need to modify the circuit a bit, though:

Other than those, everything is as he presents and it works great! 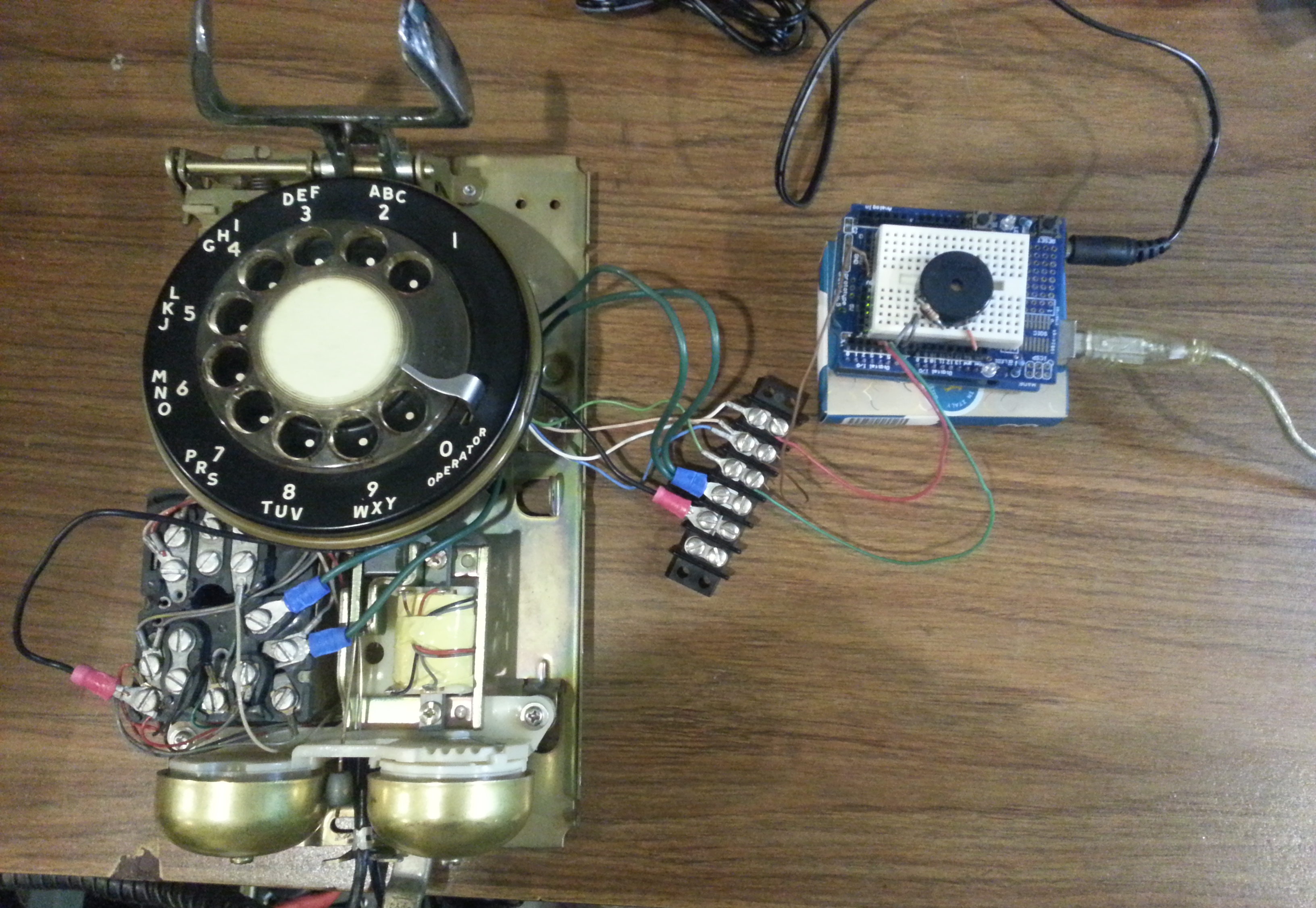 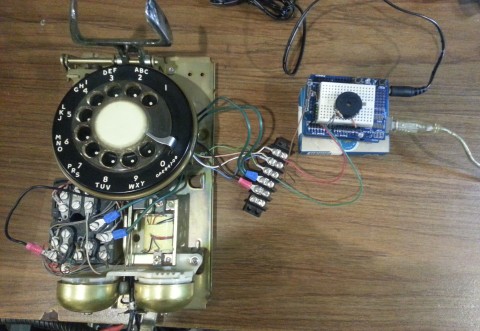 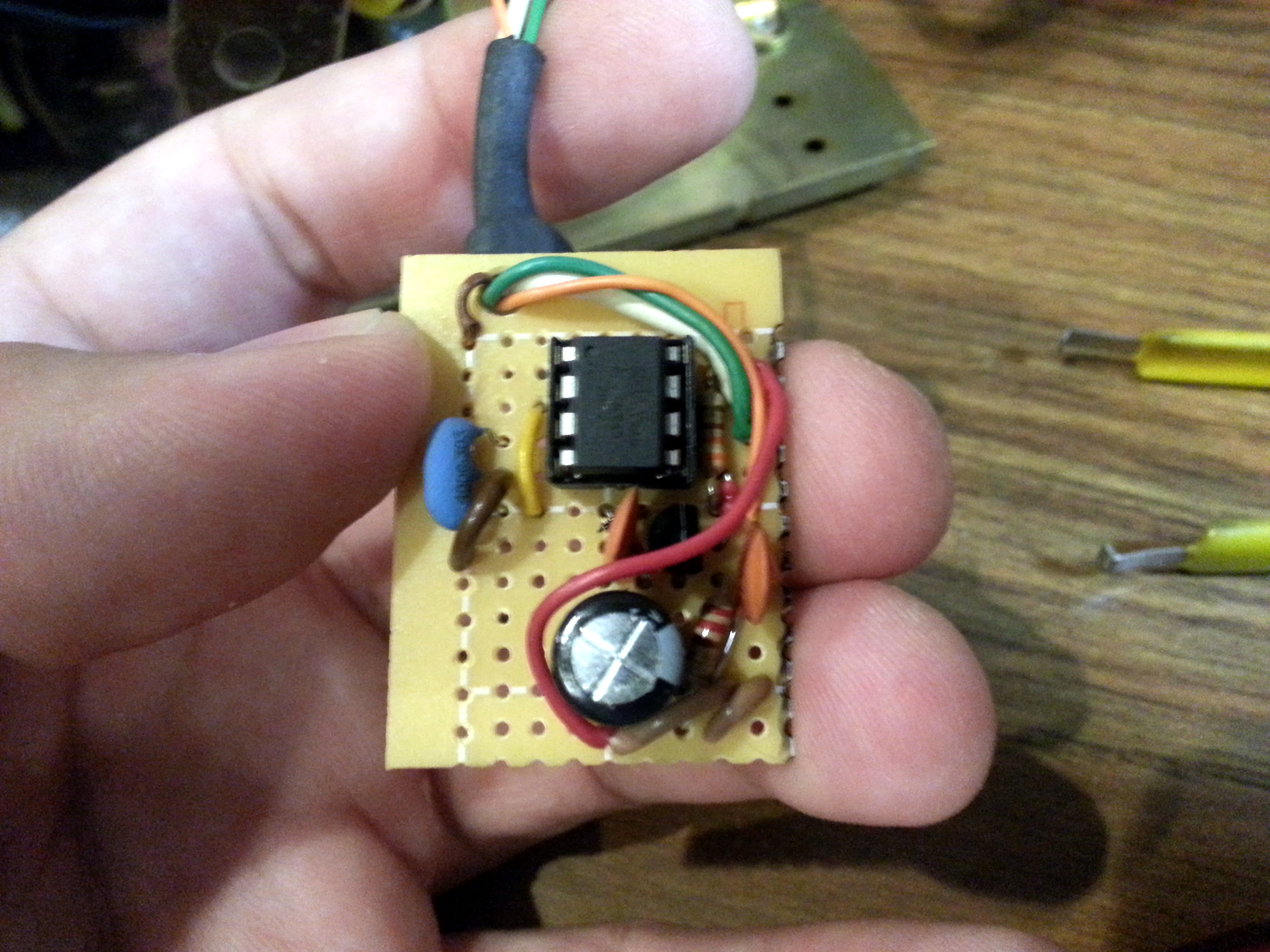 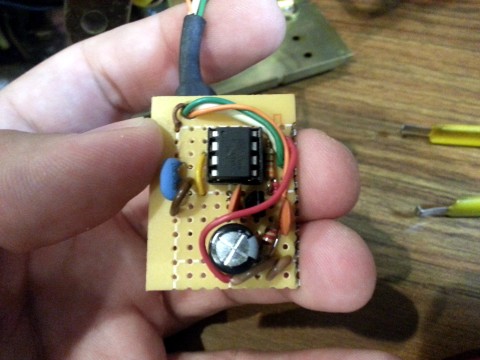 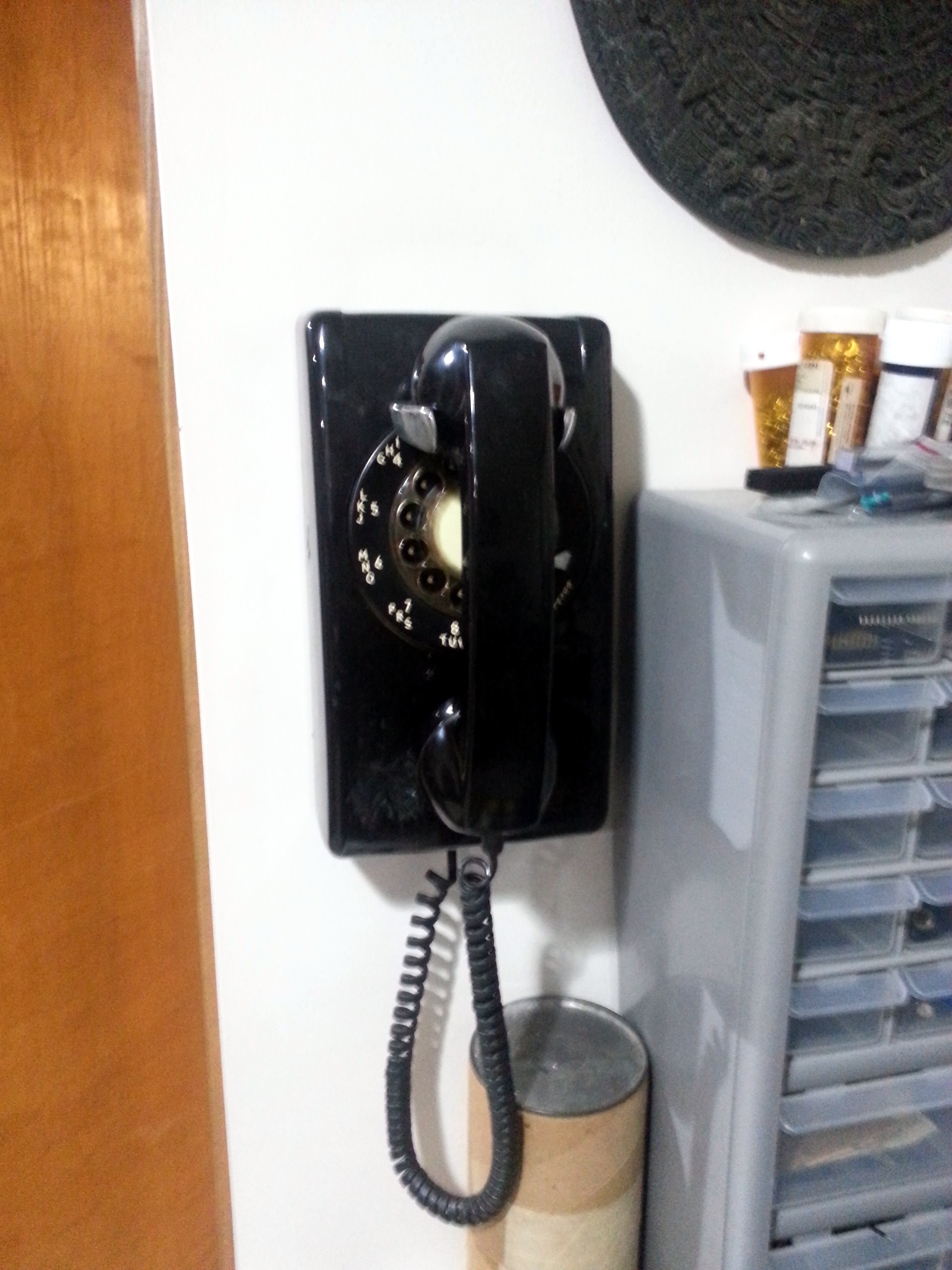 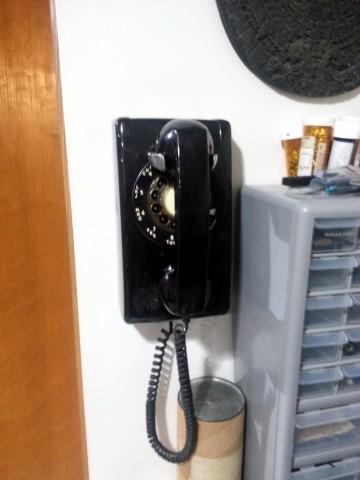 There is, however, an unfortunate lack of instructions on how to get his code onto an ATTiny45 so I'll fill some of those in here. 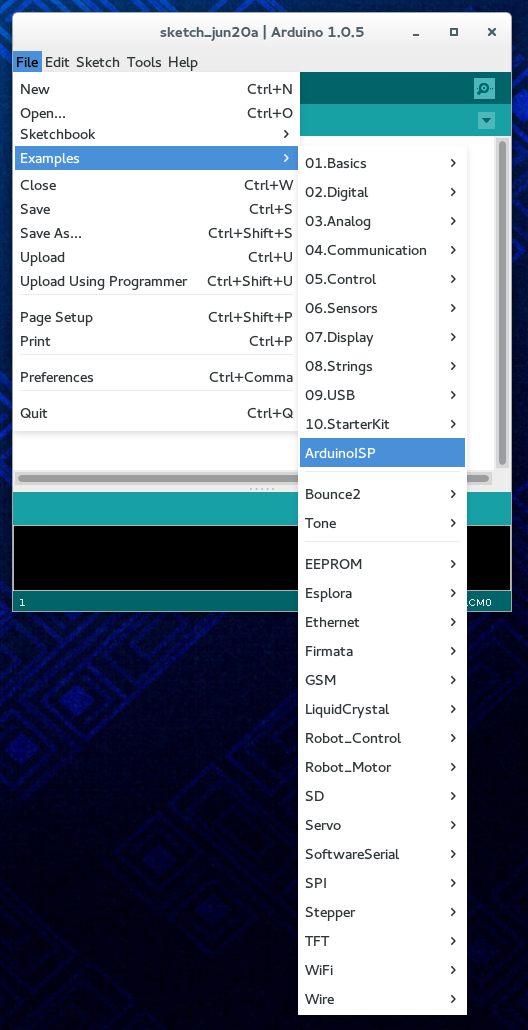 First thing you do is get an Arduino and load a sketch onto it that turns it into a bit-banging programmer.  Mine is an Uno but I'm sure others will work as well.  The sketch is one of the examples included with recent versions of the software. (See graphic to the left)  Upload this sketch to the Arduino before going any further.

Next you need to rig up the circuit around the MCU.  This should only be necessary once - if you need to repeatedly reprogram your MCU then you either need a new one or your circuit is doing something that it should not be.  Instructions can be found at:

Also, the Github link on that page is broken - try this one instead: https://github.com/damellis/attiny/

One extra step, though - as the circuit uses an external 4Mhz resonator instead of the internal clock, you need to go through the extra step of burning a new bootloader onto it.  Unfortunately, there is no option for an external 4Mhz clock in the boards.txt file they provide in the Github repo above so we need to add one.  Open boards.txt and add the following:

Once you burn on a bootloader that expects an external clock, you won't be able to communicate with the chip without one.  It is safe to burn on the new bootloader only after you have hooked the resonator up to the MCU as you see it in the final circuit schematic. (outside leads to pins 2 & 3, center lead grounded)

The last step is to actually compile the code and burn it to the MCU.  For this you'll need Eclipse and the AVR plugins:

Just follow the instructions in that 2nd link - there is no need to reproduce everything here.  Create a new project and add main.c and main.h to it.  In the Eclipse preferences, the programmer hardware you want is "Atmel STK500 Version 1.x firmware" and you'll need to force the port appropriately and baudrate to 19200.  Exercise your Google-Fu if you need more. 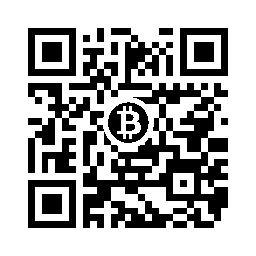